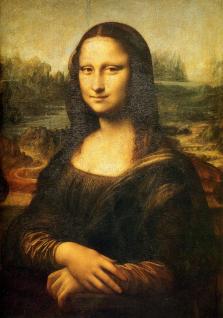 Beauty – six letters, three vowels and three consonants, three syllables when pronounced – a round, fat, even lush “B” followed by a series of vowels, two that pair to create one sound and one that stands independent, punctuated with a “T” near, but not quite at the end…and finally ending in the lovely, particularly when written in cursive, and flowing “y.”

Are you the most beautiful person in the world?
Beginning in 2004, the photographic artist Michel Szulc Krzyzanowski posed this question to people around the world. He did so not knowing what to expect, how people would respond or even IF they would respond.

The question was asked in large advertisements placed in serious newspapers in 10 major cities around the world, asking readers who believed this to be the case to respond in writing with their reasons. Every person who responded was visited in their home where photographs where taken portraying how and with whom they were living. Finally, they were asked “Why do you believe you are the most beautiful person in the world?” and their responses were recorded.

Six years and a great deal of effort later, an amazing thing has resulted – a photo book of great spiritual and philosophical import, illustrating cultural and aesthetic differences and similarities among people living in various countries around the globe. But more than that – through his photos and the participants’ answers to the question “Why are you the most beautiful person in the world?” the artist has illuminated and expanded the ideas behind our notion of beauty. He has taken forceps to the concept, taken a closer look at an idea that is often expressed by a single six-letter word, something seemingly so simple and definable, and then, through the result of his investigation, challenges the viewer to examine their own limited ideas surrounding it. The book challenges our preconceived, culturally-imposed notions concerning beauty, while it sheds light on and expands our perception of a concept that, in the western world, has been squeezed down to Kate Moss-esque proportions by marketing and Hollywood-influenced media.

Michel takes us on a physical journey as well: to Africa where beauty is measured by the number of wives or head of cattle one has, the size of one’s belly or the skills possessed that put food in the family’s mouth; to China, where the beauty of a handicapped child is revealed through his love of song; and to Brazil where it is through her children that a mother sees her intrinsic beauty. And perhaps it is in the responses from people in Iran that, as a westerner, I felt my preconceptions dissolving, turning into something much more fluid.

Ultimately, it is the true measure of a person that Michel brings to light. By sharing this visionary project, he challenges the yardstick we use to measure a person’s worth, by which we judge ourselves and others.
The artist states that throughout the project the central theme of beauty informed and drove the process. Where previously he might have pushed to make something happen, in this case he allowed things to unfold naturally, making it possible for the beauty inherent in the process to shine through and drive it, even when things were looking bleak.

The beauty of the project shines so bright that the artist has decided that most copies of the book will be given away for free. A limited number of “luxury” editions are being produced for those who wish to support the project financially – the result being that the audience may directly participate in the project and, through a beautiful act, make it possible for someone to obtain the book who, under normal circumstances, might not have the resources necessary to.

And what about you? Are you the most beautiful person in the world? Tell us why.